There are 800 of these stony witnesses of medieval history to be discovered in South Tyrol.

Even today, these fortified buildings reveal the historical importance of the trading routes crossing our lands. The imposing fortifications were once a deterrent to invaders, today they are a magnet for culture enthusiasts.

They tower imposingly on rocks or slumber mysteriously in vineyards and woods. Many are accessible to the public and host museums, art collections, or restaurants. Ceremonial halls and chapels, battlements and towers are but a pale reminder of the military purpose they once had.
Perched upon a promontory on the slopes of Monte Muta, Castle Tyrol has been watching over Merano for centuries. The seat of the Counts of Tyrol, who gave their name to the entire region, can also be seen from Hotel Wiesenhof.
Other famous castles and palaces are just a short trip away: Castle Juval, the jewel restored by world famous mountaineer Reinhold Messner, towers over Naturno, or Castle Coira in the upper Val Venosta: South Tyrol’s most well-preserved castle, hosting the largest private armour collection in Europe. When you see the banner of Count von Trapp fluttering over the battlements, it means that the landlord has come home... 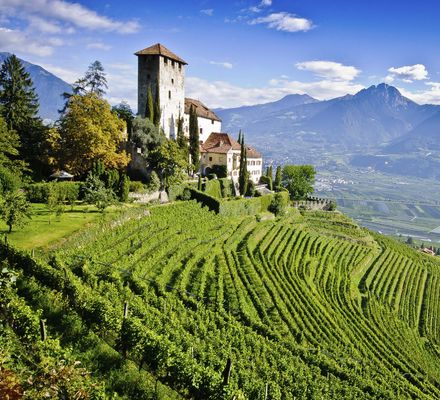 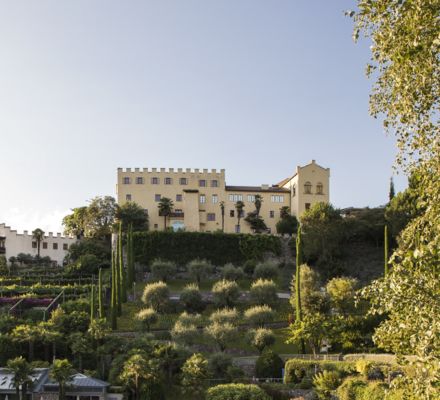 Discover the offers for your dream holiday in Merano.

from 826 €
show other offers
Our gift idea for you

Unique holiday moments in the Wiesenhof.